The Big Buck Wall, to include some of the biggest bucks killed during the 2019-2020 hunting season With hunting season in the books, it’s time to make plans to bring your bucks to the Louisiana Sportsman Big Buck Contest, scheduled for March 13-15.

Even if your deer mount isn’t complete, you can make arrangements with your taxidermist to bring the antlers to the contest, which is being sponsored by Bowie Outfitters and Antler Shed Deer Blinds.

Every buck entered for scoring will be entered into the random drawing to win the Grand Prize, a fully featured $3,500 Antler Shed Deer Blind with stand and ladder. 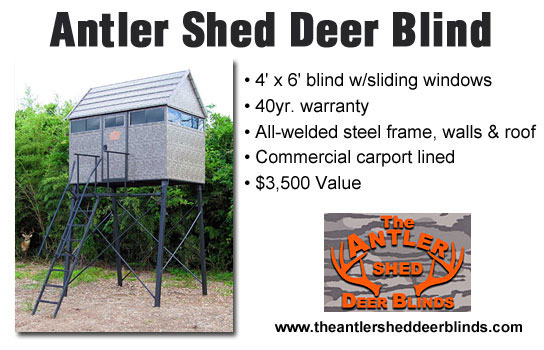 Deer may be dropped off beginning Friday, March 13, but must be entered no later than 6 p.m. on Saturday, March 14. No deer will be accepted before Friday.

Winners will be named in the following categories:

All other category winners will receive a Custom Plaque, a $100 Gift Certificate to Bowie Outfitters and are eligible to win the grand prize.

All deer will be scored by official Boone & Crockett and Pope & Young scorers led by David Moreland and Keith LaCaze. Of course, only those past the mandatory 60-day drying period will receive final scores.

Bucks entered in any previous Louisiana Sportsman Big Buck Contest are not eligible.

Bucks killed in seasons before the 2018-19 hunting season can be entered for scoring but are not eligible for contest prizes.

All entries will be displayed on the Big Buck Contest wall until the winners are announced March 15.